Sheriff Ralph D. Fizer Jr. began his career in 1982 as a Road Patrol Deputy with the Clinton County Sheriff’s Office and graduated from the Ohio Peace Officer Training Academy in Greene County where he was trained in all aspects of law enforcement.

In July of 2004, Sheriff Fizer Jr., was appointed as Sheriff of Clinton County, after Sheriff Ralph D. Fizer, Sr. retired. Later that year Sheriff Fizer Jr. was elected as the 46th Sheriff of Clinton County. During his tenure as Sheriff, he has implemented several new programs and brought new technologies and services to the office. These include a DARE Scholarship for local students, a Commercial Vehicle Enforcement Unit, Computer Aided Dispatch (CAD), Mobile Data Terminals, Webcheck and CCW processing, Livescan fingerprinting for the jail, an office website, and a new radio communications network for the county.

Sheriff Fizer Jr. strives to maintain the highest degree of operation and professionalism at the Sheriff’s Office. He is devoted to his position as Sheriff and his passion for law enforcement. His desire to serve is shared by the men and women that serve under him. 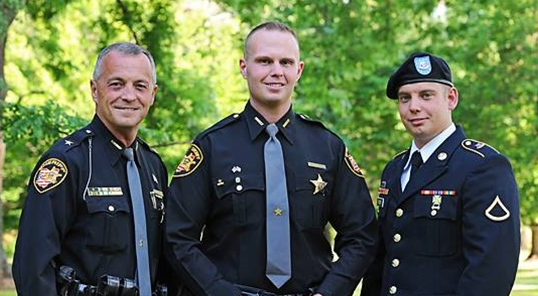